A little late but, I participated in a group show at La Luz de Jesus Gallery recently.  I was lucky to have sold all of my pieces at the show!  Thanks very much for your support.  The show closes April 1st.

La Luz De Jesus Gallery proudly rebrands our annual juried group exhibition, LALUZAPALOOZA. This gigantic, no-theme show features works from some of the freshest and most relevant artists working today. Over 9,000 submissions from commercial illustrators, graphic designers, tattooists, scenics, students, animators and working gallery artists had to be sorted-through, and we've finally narrowed it down to 125 or so artists. The official piece count is awaiting verification, but you can bet that it will be another (tastefully) jam-packed, salon-style exhibition. There are some familiar names from our ever-growing roster of feature artists, but an overwhelming percentage of the work comes from a brand new batch of undiscovered, emerging talent. 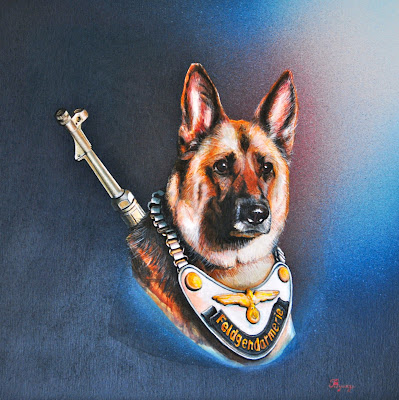 "Feldgendarmerie"
12" x 12" x 1.5"
Acrylic on Wood Palette
From Wikipedia:  The Feldgendarmerie (English: Field Gendarmarie ) were the uniformed military police units of the armies from 1810 until the conclusion of World War II. Their duties are apprehending deserters, anti-partisan and border control.

During World War II, the gorgets continued to be used by German military field police, as ID and emblems of authority. German police gorgets of this period typically were flat metal crescents with ornamental designs that were suspended by a chain worn around the neck.
Posted by Byung at 9:13 AM No comments: 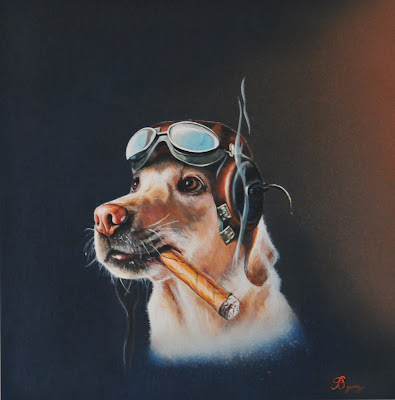 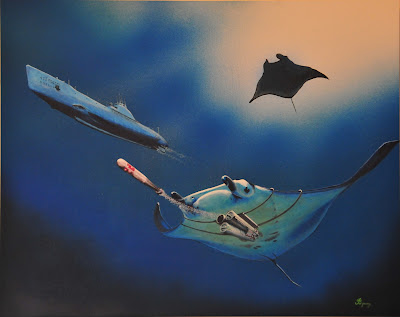